Kelli Samuelson, founder of Criterium-Focused female race team LA Sweat, joins "Bridge the Gap" to talk about her career racing fixed gear criteriums and owning and managing a women’s team. Kelli discusses the Red Hook Crit Series, how LA Sweat came to be, and shares how she pivoted her team so quickly after racing was canceled due to COVID.


Excerpts from the Kelli Samuelson interview:

On starting a Women’s Crit Team:
First came the Ritte women’s team, which was a super small, local women’s race team with Ritte cycles. I was working there at the time, and they had a men’s club team, and I asked why don’t we have a separate women’s team?  The founder was like, “It’s all you, go for it. If you want to do it, do it.” I had a lot of connections within sponsors from Red Hook. So that was for two years, it grew really quickly, it was really interesting. My goals were growing, and I really loved crits, obviously coming from fixed crits. There was a ton in southern California, I kept looking at the teams showing up to the regional and local races, and thought none of these teams seem very fun. So I was like, I’m going to get my friends that are all riding individually, and we’re going to start our own team. And as that continued to grow, my love for crits and also seeing so many super talented regional riders not getting the chance to showcase their talents on a national scale because their teams didn’t travel, they didn’t have the means to travel by themselves, or a lot of the races you had to have a team. You just get stuck in this little circle and you can’t really grow past a certain level, so then came LA Sweat. So then I said, ‘I guess I’m going to own a women’s professional team now, this seems like fun.’ Having no experience whatsoever. It has been super rewarding, now we’re in year six and it’s kind of crazy. I’ve gotten to travel around the world and the country with people that are super close to me, they’re not just teammates. I think that’s something that’s really different about what we’ve built. 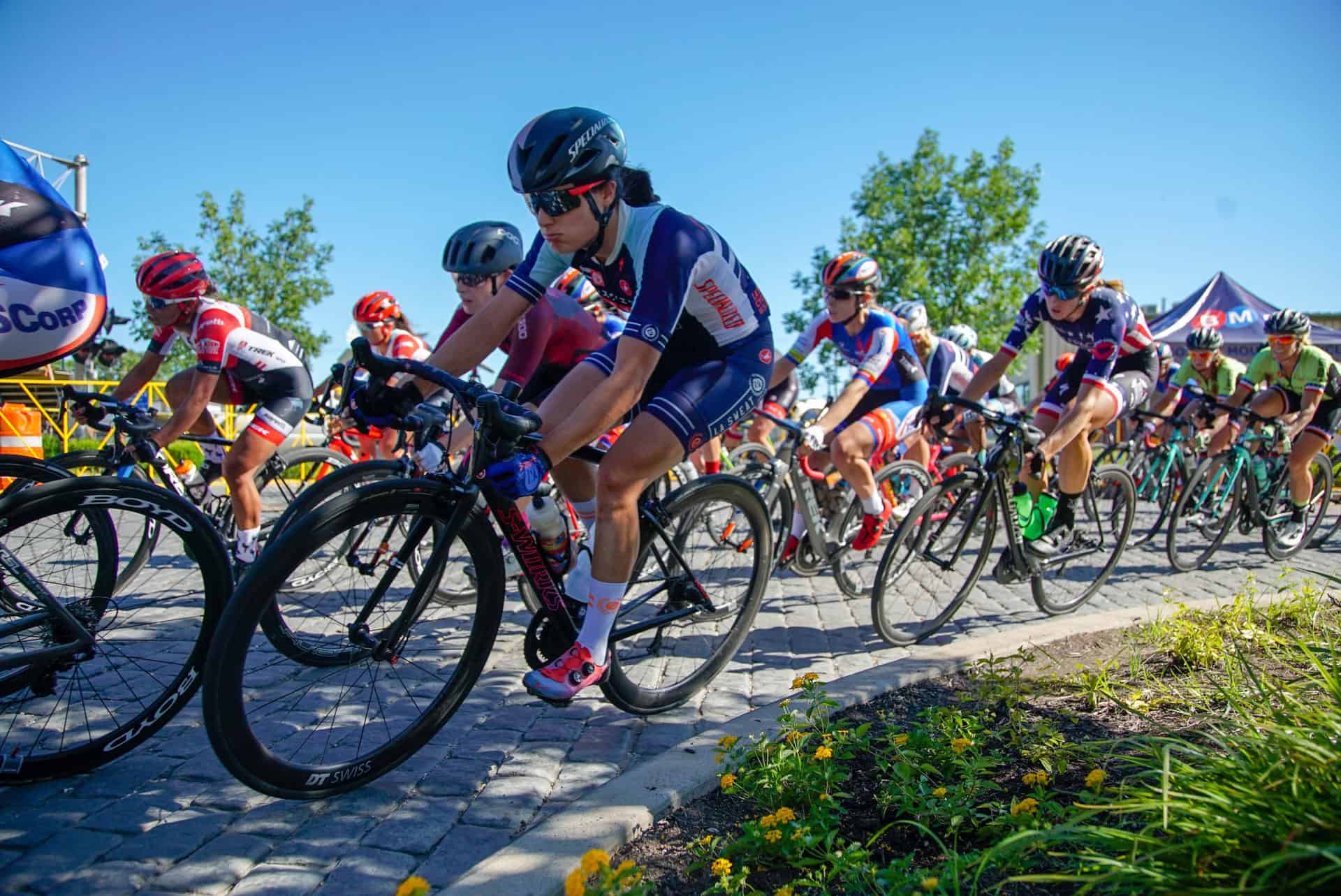 On LA Sweat during COVID:
We had really high hopes in March. We thought we still have a month. Everyone just stay home for two weeks and we’ll be ready to go. Then Sea Otter canceled, and we thought, okay we’ll still have team camp. We’ll still get together and spend some time together. Then we realized that was not going to be feasible. Even early in March, my number one concern was the health of my riders. So I was not about to ask any of my riders to put their health at risk to travel, to do anything that was going to not only potentially catch the virus, but also, what if they’re out doing something for a photoshoot and they crash and get hurt and have to go to the hospital. I took it very seriously, and my number one goal was their safety. So we just took to the internet. Why not? We didn’t have anything else to really look forward to at that point. We wanted to create content that was going to keep people motivated, going to keep people light hearted. I think making sure that we were riding together on a regular basis virtually has been super helpful. We wanted to get our sponsors involved, we wanted to be able to support them any way that we could, based on the fact that we couldn’t be at events.

It’s been really fun to make silly videos, and talk about baking bread and cocktails. It really is who we are as people, and we’re just showing it even more now. I think that a lot of these things that we’ve adopted because of COVID, we will continue to do outside of it. 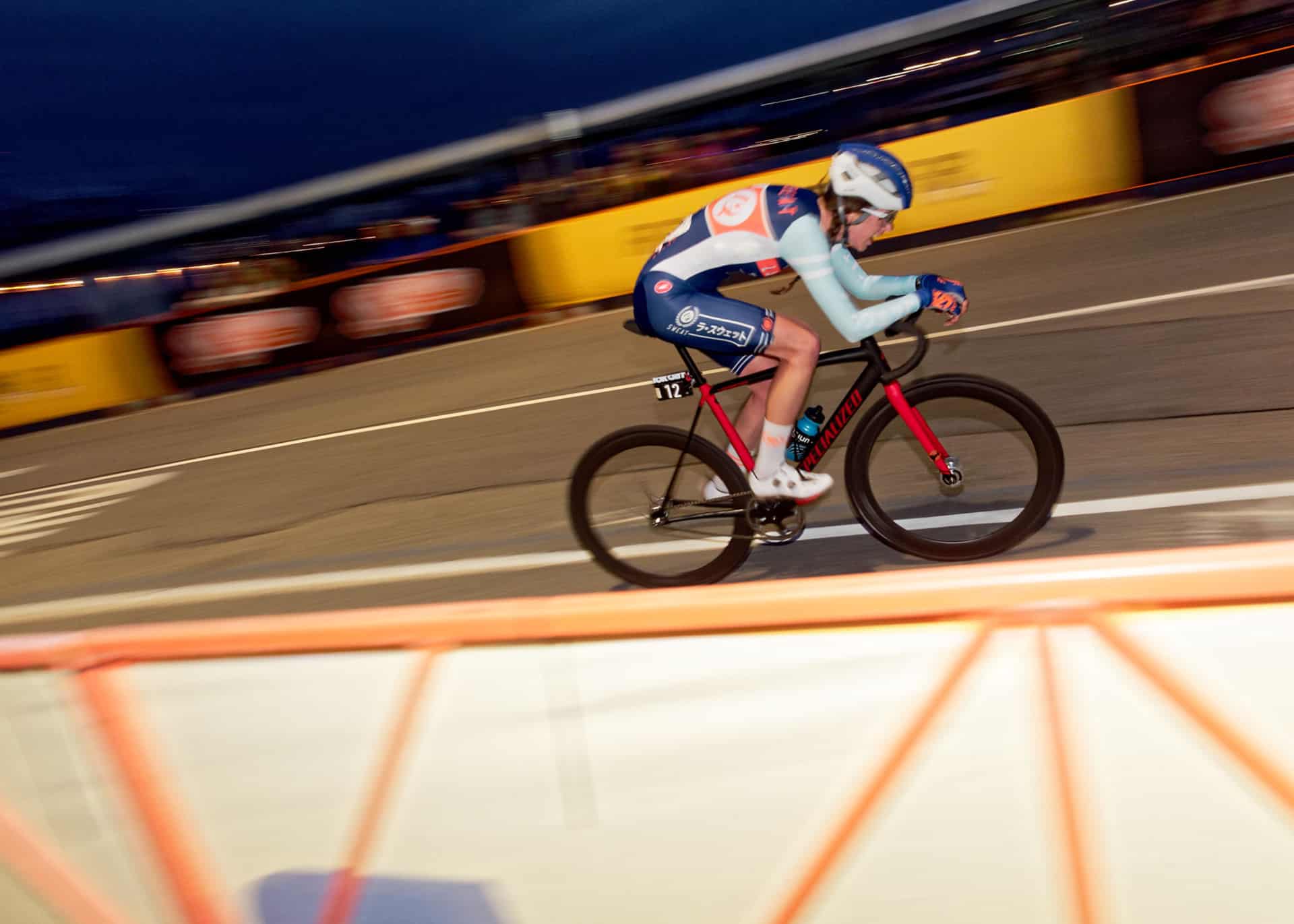 On virtual racing:
It’s different. It’s a game, right? I think that’s one thing that we really need to remember when we do these races, is that they’re not a real life representation. They’re meant to be fun, they’re meant to get us together, they’re meant to provide an outlet for athletes who aren’t able to race in real life. I don’t think anyone joins an e-race thinking that it is going to be exactly like a regular race. There’s always going to be different variables, everyone has a different trainer. There’s just so many things that you can’t control, and I think as long as we take that with a grain of salt it can be really great. Our events have been canceled, not only does that mean that the teams don’t get to go. But also, the event could lose their spot for years to come. It couldn’t just be a one-year cancellation, it could turn into a forever cancellation, so if they’re able to host a virtual event and get their community involved and do a live feed and have some commentary and talk to riders, it’s not only about the racers, it really is about the whole community of the spectators, the course marshals, all of the people that make a race in real life happen, still want to be involved virtually. I think that as long as we take that mentality into it, and understand the uncontrollable variables.Listen to the full episode now.

Stay tuned for a new episode every Friday.