Climbing one million feet on a mountain bike

Even before COVID canceled races and forced everyone to reevaluate their goals for the year, Margaux Jo Elliott had already set a unique goal unrelated to races and competition. She set out to climb one million feet of elevation on her mountain bike in 2020. She’s nine months into the challenge, and on track to become the first woman to accomplish this on a mountain bike.

Prior to this year, Elliott regularly raced enduro and in 2019 finished second in Trans New Zealand  (a six-day enduro mountain bike event). Later in 2019, Elliott had a rough day at the Enduro World Series 100 in Northstar which led to her searching for non-race related goals. This idea of climbing one million feet in a year stuck and now Elliott has climbed more than 750,000 feet since January.

“I liked how challenging it would be, how not that many people had done it and how it would inevitably make me a better rider,” Elliott said. “I liked that the goal required a long term commitment and would be a struggle. I think I needed something like this to prove to myself that I could do it... that I had what it takes.” 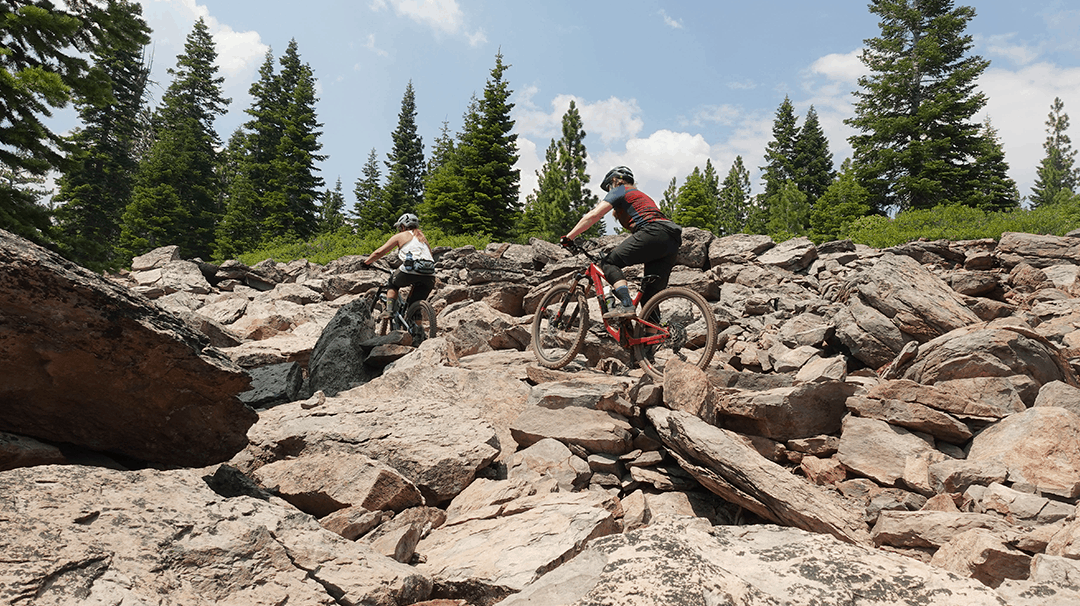 After committing to the challenge, it was time to plan and research. Elliott built a spreadsheet to plan how much climbing she’d have to do each week, and listened to interviews featuring Mark Weir (the first person to climb 1 million feet in a year on a mountain bike). When asked, why do this challenge on a mountain bike? The answer is simple, “That’s the type of bike I ride and trail riding is my favorite kind of riding to do.” Elliott never considered the option of another type of bike. She signed up for a struggle, and wasn’t going to give herself any easy out. “I wanted it to be legit,” she said.  “So to me that meant one bike and each ride needed to include mountain biking, no cheating and no doing road repeats to get the elevation.”

Elliott needs to climb a whopping 21,800 feet each week to finish the challenge before Christmas. For most of the year her weekly target was 19,900 feet per week, but a series of challenges has Elliott making up for days she wasn’t able to ride. Each month has featured its own unique obstacles, including saddle sores, closed state parks because of COVID, and smoky conditions due to West coast fires. Each missed day requires an adjustment to the plan, since each ride contains so much elevation gain (approximately 4,000 feet per day). Elliott typically goes on a 3-4 hour ride three times during the work week, and two long rides each weekend. 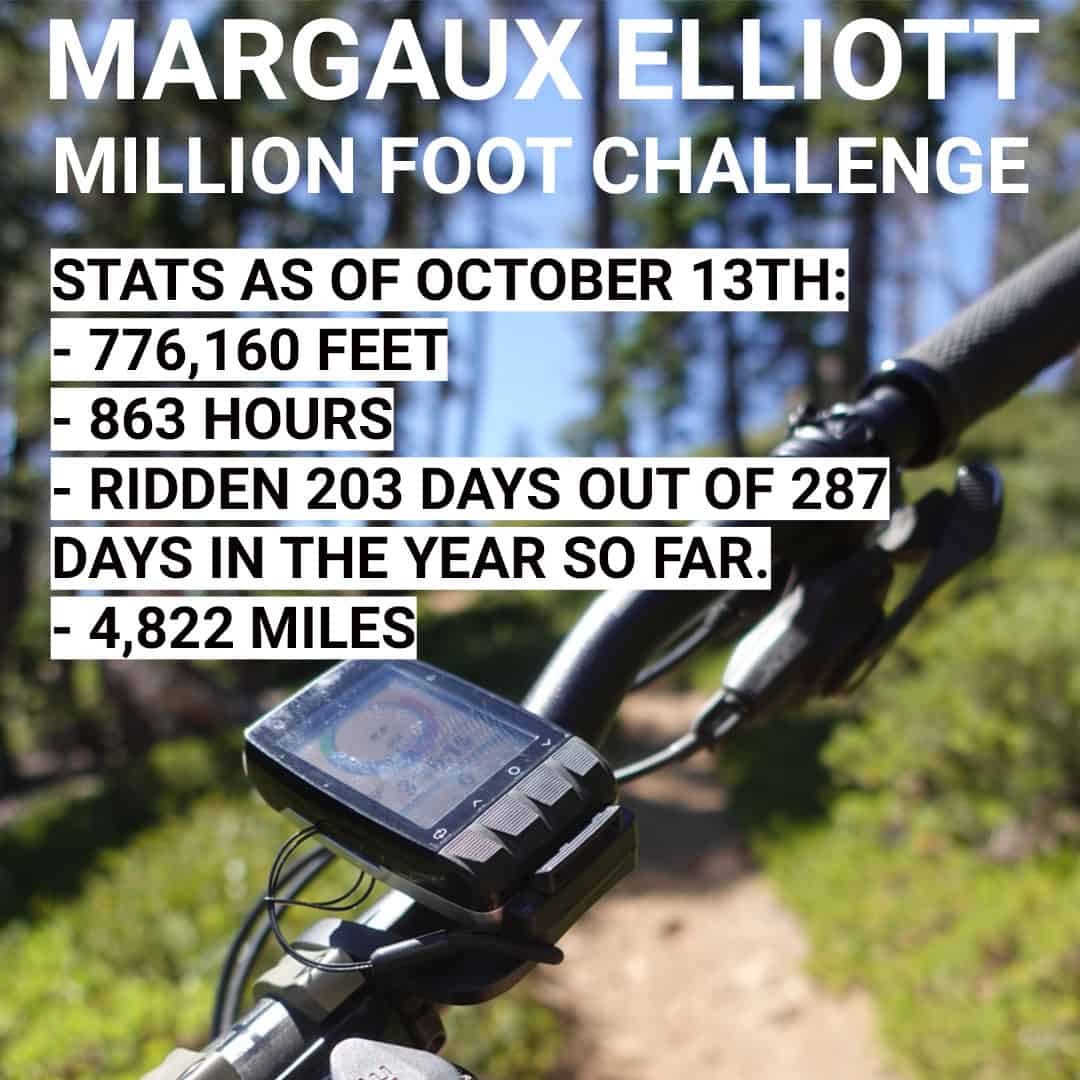 Though this amount of riding may sometimes feel like work, Elliott’s day job as the Apparel Product Manager & Developer at Giro Cycling means, like most, she’s balancing riding with a full-time work schedule. “Giro is an amazing place to work, I have always considered myself lucky to be there but especially now,” Elliott said. “They have been incredibly supportive of me during this and I can’t thank the team there enough. Not only are they flexible with my time, but they always ask how I’m doing, wanting to know updates and encouraging me along the way.”

Despite the challenges Elliott has faced managing the immense amount of time this challenge requires and the associated fatigue, the rewards are already evident. The most rewarding results so far have been improvements in confidence and consistency. “I’ve struggled with mental strength and feeling confident while riding with friends,” Elliott said. “I’ve always been the “slow one” (uphill anyways). Doing something like this has made me feel strong and proud of myself.” And in a year where everything has been unknown and different, the consistency of the challenge has been positive. “I have been grateful to this challenge for giving me something to keep me grounded,” Elliott said. “It gives me time and space to process everything going on.” 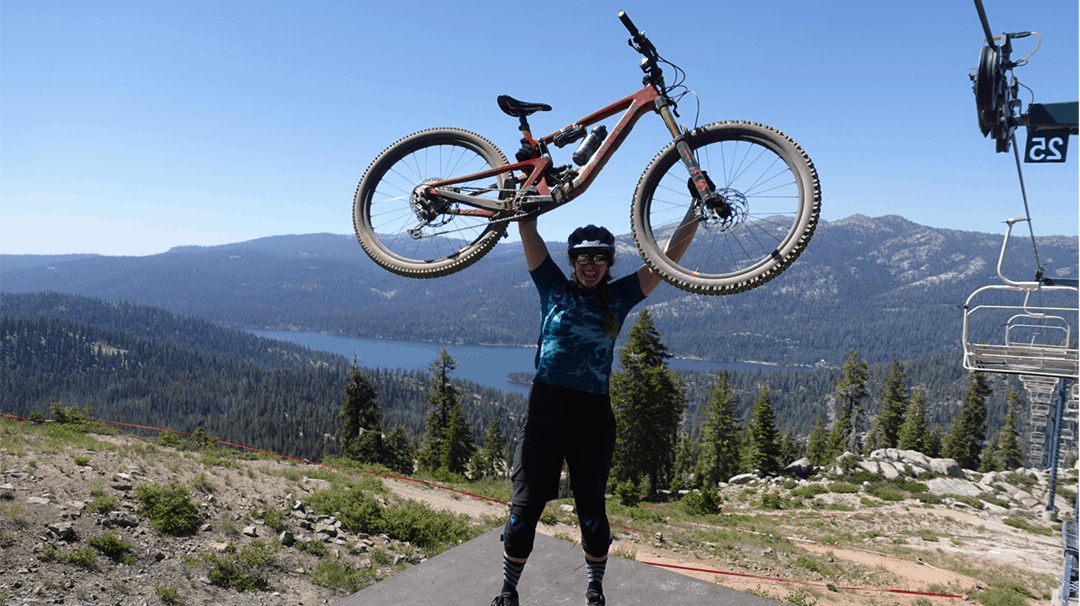 Over the final three months of her challenge, Elliott will be using her Stages power meter and Stages Dash GPS cycling computer to add some more focused training to her rides. She’s riding a TON, and obviously has great base fitness. Our partners at CTS will provide her with focused training for non-racers, a plan that makes the most out of her time on the bike. “I think we can all be better riders by adding a little focus to our routine,” Elliott said. “I’d like to see what that does to my general fitness and feeling on the bike.” Stay tuned for more on Elliott’s training plan from CTS, and updates on her progress towards becoming the first woman to climb a million feet on a mountain bike in a year!

Want to join Elliott and get some focused training in over the next few months? Right now you can buy a Dash M50 or L50 and get three months of training from the experts at CTS FREE! Use the code Dash-CTS3free at checkout to score this incredible deal, and we’ll connect you with a world class CTS cycling coach shortly.