The store will not work correctly in the case when cookies are disabled.
https://youtu.be/owUxhB7yC5c

Putting the "smart" in smart bike

In the previous four blogs I’ve tried to sneak in little tidbits, name drops, or otherwise brags designed to show my cycling “Palmarès” if you will, and this blog is no different;I know! What a badass. Which is exactly what my hotel room sheets probably were thinking that evening… (this is a joke I’m proud of so please read it again until you laugh out loud). I’m one of very few people who has helicopter footage of themselves screwing up and not in jail.

Anyways. You know when you go to a dinner party where you don’t know anyone and the first question is usually, “So what do you do?” Well, I’m about to make you wish you hadn't asked, because last week we started delivering what may be the greatest piece of indoor fitness equipment in the world (the StagesBike SB20 Smart Bike), and I’m going to talk about it. I’ll make jokes don’t worry. Like the fact that you would get any other bike, that’s a huge joke.


What makes a bike smart?

We live in a world of apps now. Whoever invented the infinite scroll feature owes me a new thumb. A smart bike makes it so apps can control your bike, simple as that. There are apps that make the bike change resistance according to a workout;

That way all you have to do is pedal and make pain faces; 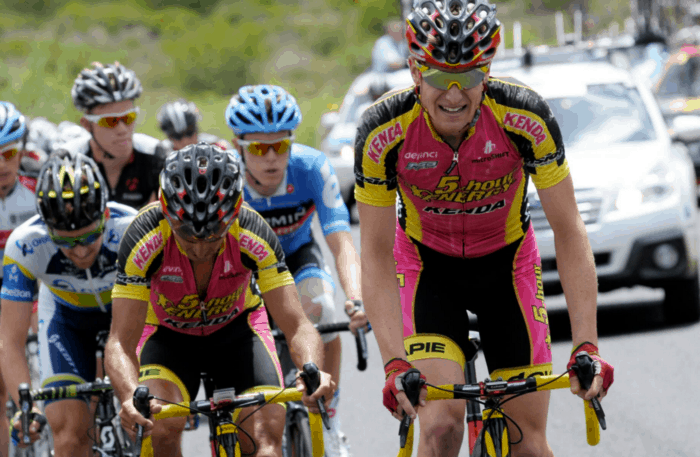 There are apps that create entire virtual worlds where you can ride or race around with strangers (and friends), that simulate changes in gradient and make it feel like you are riding outside. 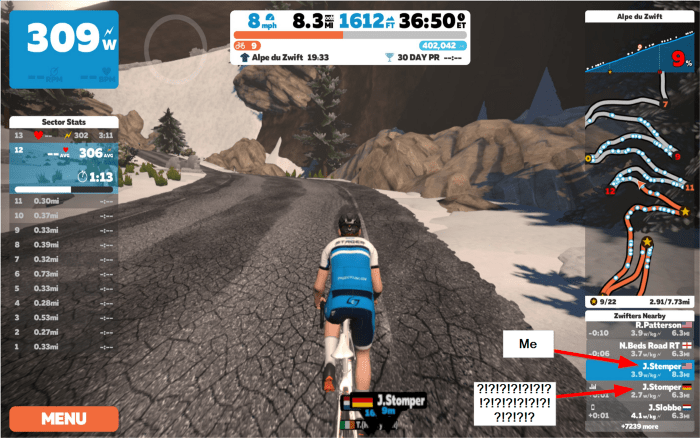 There are apps that don’t bother with either of those things and just simply motivate you to keep going, do your best, and enjoy the attractive instructors while you’re at it! No problem, the StagesBike has gears you can use to change resistance with the touch of a button, put your tablet or phone in the holder, and spin your belly off.

Or, there is the Stages Dash GPS Cycling Computer, which controls the StagesBike better than any other bike computer controls any other trainer on the market.

Why is it better than other exercise?


Why does the gym suck?


Why does riding outside suck?


Why does riding your outdoor bike indoors suck?

I’ve been over this in a previous blog, its awful. And even if you’ve got the best setup in the world, and a bike dedicated to riding inside, what happens if your significant other wants to jump on and try it out? DON’T TOUCH IT IT TOOK ME MONTHS TO SET THAT UP.

You might think I’m shilling out for Stages, company man that I am, but that’s not my style. I tell truths. Just as I will tell you I flamed out as a pro cyclist, destroyed my bedroom with concrete, and have aerial footage of personal embarrassments, I will tell you that this thing is the best, and we made it.

This is top of the list for me. In less than 1 minute the bike can be changed to my exact bike fit, and then changed back in a similar ritual to putting the toilet seat down after using it. A hill I considered dying on was that if we all just adjusted the seat to what we need each time we use it, it would be equal (seats must be lifted too, you know). I digress.

The StagesBike is a belt drive to large flywheel which, even under 100% resistance, is baby sleeping quiet.

Thank you bluetooth! Thank you ANT! Use the phone holder, tablet holder or both if you really like to look at a bunch of screens to make you forget about the workout and play your music as loud as you can stand.


Or with no app at all

Get on the bike, start pedaling, you just did everything you need to do to start a ride on the StagesBike.


On a commercially proven frame design

Did I mention Stages commercial indoor cycling bikes are being ridden in thousands of clubs worldwide at like Equinox and SoulCycle? That’s right. We make their bikes. Those bikes get ridden A LOT.

You know when you pick something like a knife up and it’s heavier than normal and you think “that’s got a really expensive feel”? Pedaling the StagesBike, against a 50 pound spinning flywheel, feels like picking up the nicest knife you’ve ever met, and is as smooth as you’d expect when you cut through that paper (what even is that test about? Are you people all eating paper for dinner?)

You might not care, all the bikes have power data coming out of them, but none of them measure it directly like we do, and we’ve been doing that for more than 10 years (we are a power meter company, after all).

Road bars. Road shifters. Road saddle that can fit any saddle you like. Even brakes! Everything you touch is familiar. Even when you touch both water bottles you can put in our water bottle holders (plural, because we sweat, you guys).

Use the Stages Link App to customize everything, like the gearing, the buttons, or use one of our cool idealized features called Dream Drive, which is like a rear cassette that has as many gears as you want on it; 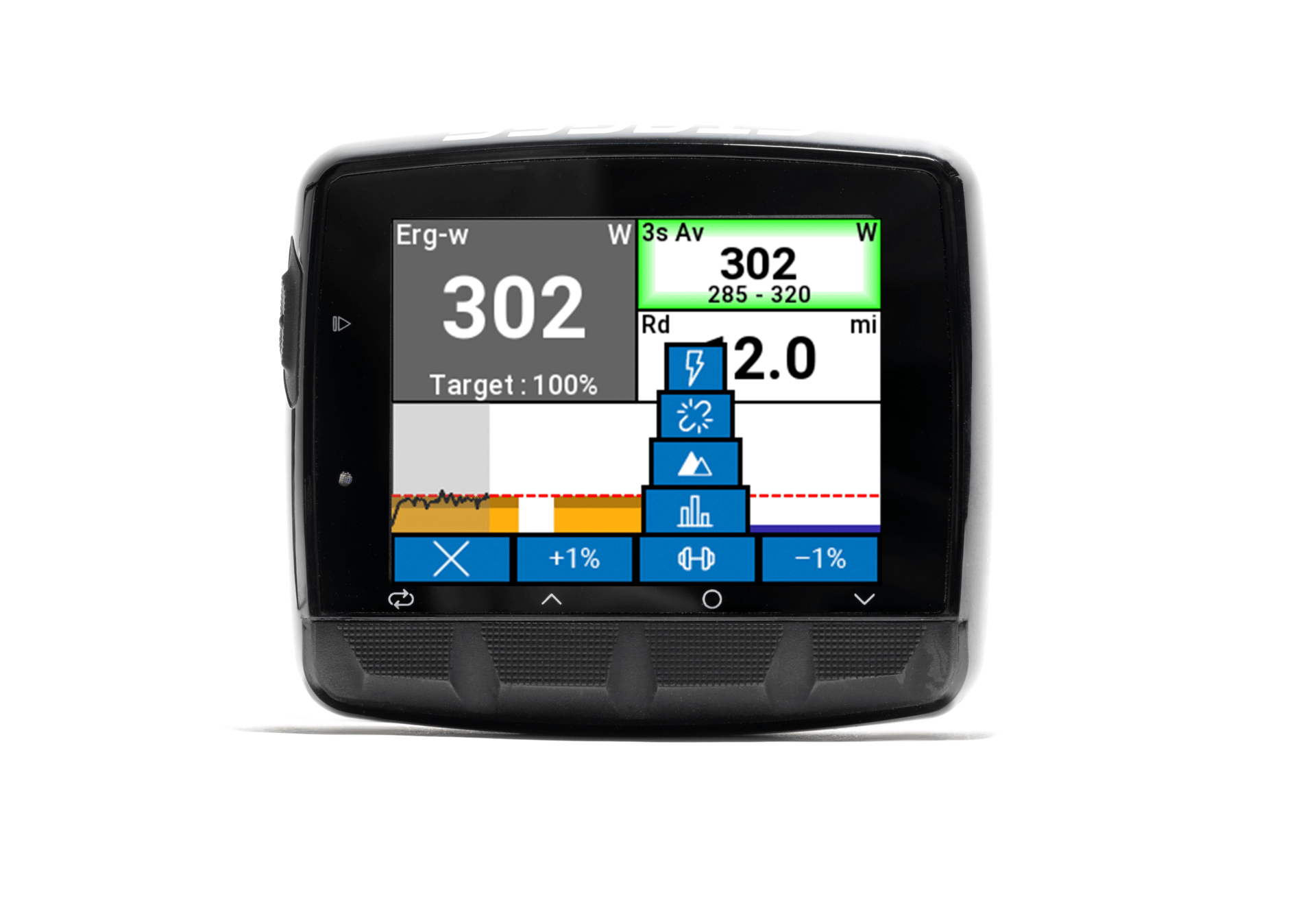 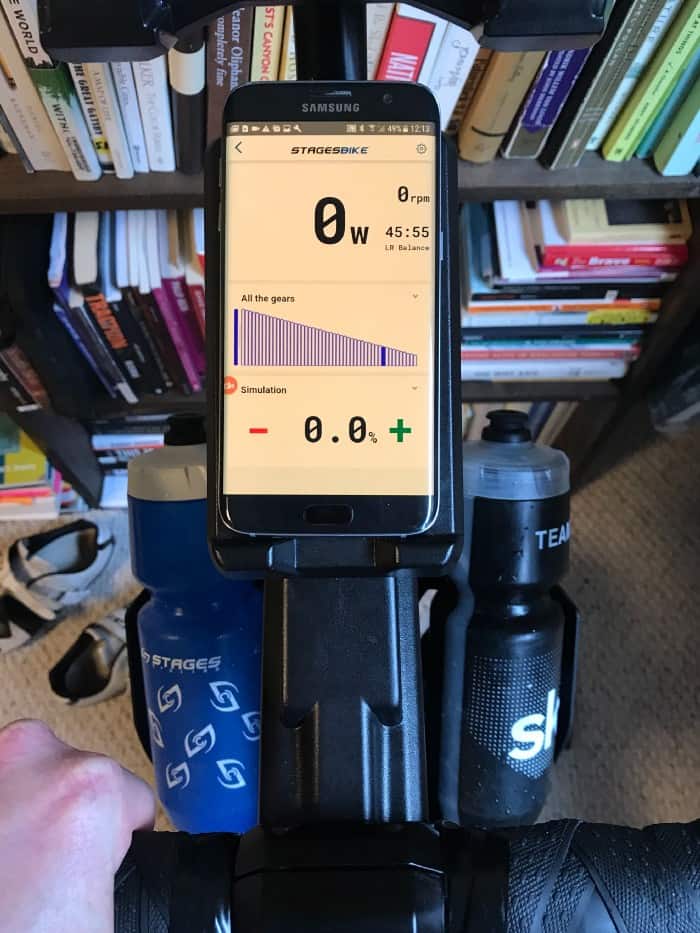 We want to make it realistic… just not THAT realistic.

More StagesBikes are on the way and available to purchase now for late September shipment. But don't wait, they are going fast!