What is a GPS Cycling Computer and Why You Need One?

Cycling can be pure and simple experience: two wheels, a handlebar, pedals and the open road or trail. In this age of smart phones, screens and never-ending data scrolling, one could understand the temptation to leave it all behind for your bike ride, but today’s latest GPS Cycling Computers are affordable, incredibly powerful and packed with exceptional ride-enhancing benefits that no cyclist should be without. 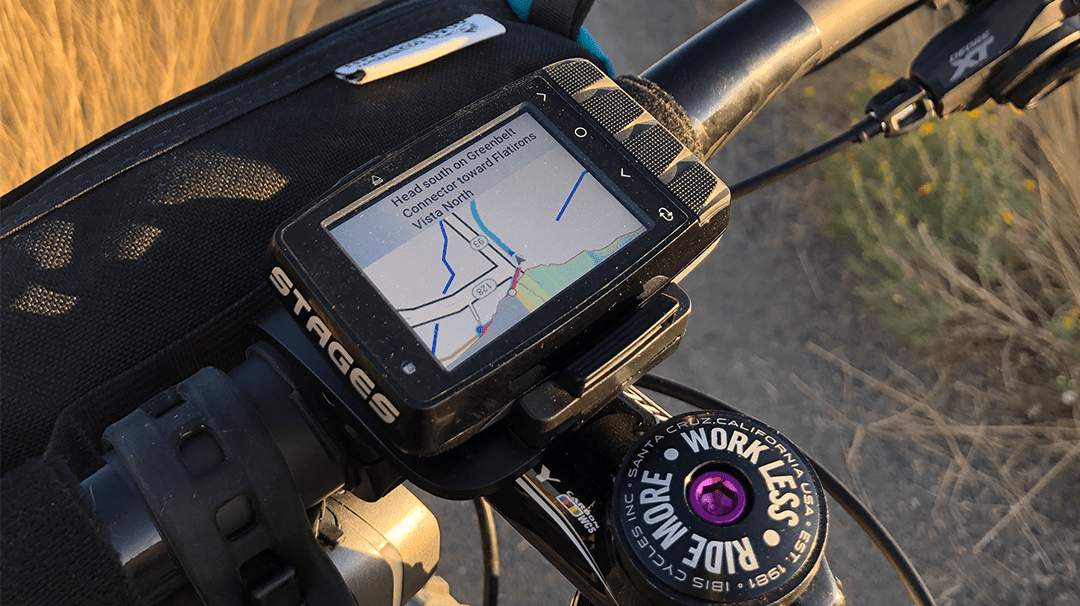 What is a GPS Cycling Computer, anyway?

GPS-based cycling computers have been around for 20 years, and the latest devices like the Stages Dash have benefitted from the leaps in technology we’ve seen in phones and other small devices. Ranging from the size of a cookie to as big as your mobile phone, GPS computers contain onboard processors, a rechargeable battery, built-in data storage, and a variety of sensors ranging from Global Positioning System (GPS) sensors that read signals from a network of orbiting satellites to determine rider speed and position, to barometric pressure sensors that estimate temperature and other factors. Some have monochrome (black and white) screens while others have vibrant full color screens. Some have touch screen interfaces which can be hit-or-miss on wet rides or when operating with sweaty fingers, and nearly all are designed to mount on your handlebars or stem. The latest GPS Cycling Computers wirelessly measure rider speed, distance, ride time, altitude, vertical gain and more. Many include built-in mapping and navigation features. Nearly all GPS Cycling Computers are now Bluetooth or ANT+ compatible and can ‘pair’ to connect with additional sensors even from different manufacturers to get info such as rider heart rate, power (wattage), manage and control Smart Lights and even Radar which can alert riders of approaching cars. Having so much data at your fingertips can be overwhelming but the best GPS cycling computers are easily customized and designed to be very intuitive to use, allowing the rider to see as much or as little ride info as they’d like. Nearly all GPS cycling computers are compatible with a range of manufacturer-supplied and 3rd party support apps for phones and desktop, which help with setup and post-ride review.


So Why do I need a GPS cycling computer?

Simply put, a GPS cycling computer can help you maximize the time you have on your bike, making your ride more enjoyable, more efficient and possibly even safer.


Train, race and pace smarter with power and heart rate.

When connected to a cycling power meter and heart rate monitor (available separately) you’ll have access to the same incredibly sophisticated working and training information used by top professional riders, but it’s worth noting that even the average enthusiast can benefit from the use of this ride data as it can help you pace yourself on long rides so you’ve got something left in the tank for that last hill.


Use built-in cycling maps and navigation to explore new roads and trails.

Most GPS cycling computers use the onboard GPS sensor and storage space to overlay real-time rider position over a detailed regional map. You can easily see where you’ve been and where you’re headed, and with many models you can upload GPX or FIT files from a variety of 3rd party navigation apps directly to your GPS computer and get a display of your route and turn-by-turn notifications to keep you on course. Perfect for not getting lost when riding a new area, or finding new roads and trails in your own back yard. 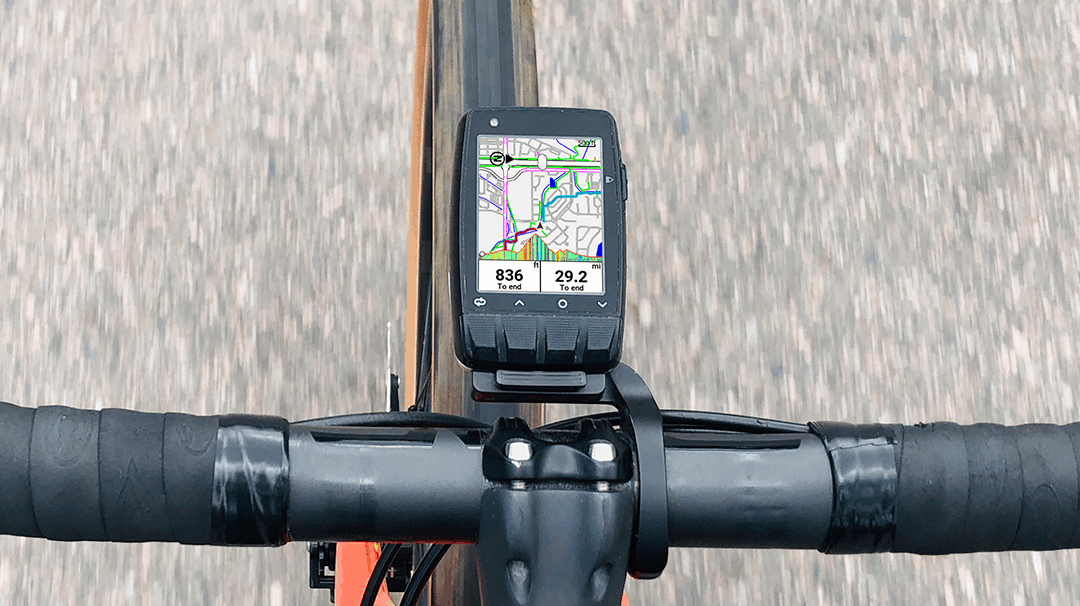 GPS cycling computers can provide way more benefit than how fast, how far and how hard you’re riding. Units like the Stages Dash have cycling-specific maps that show you bike paths and roads with separate bike lanes so you can choose routes with less traffic, which is especially handy when riding in a new area. And some GPS computers are compatible with 3rd party devices such as car-sensing, rear facing radar that can show you on-screen when a car is approaching from behind. And a new generation of ANT/Bluetooth compatible ‘Smart Lights’ can be controlled and monitored from a GPS cycling computer, allowing the rider to keep an eye on battery status or change flash modes while riding. 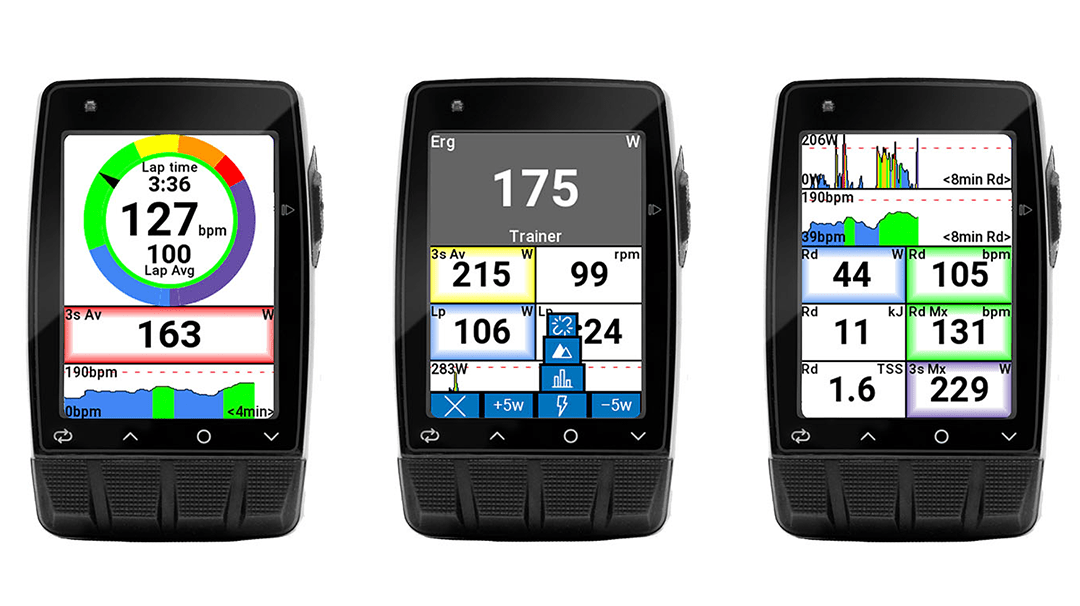 Your ride data, your way.

All this ride information can be a little overwhelming. Most currently available cycling computers are easy to customize with a variety of ride profiles for different styles of riding (for example, mountain biking vs road riding) and within those profiles you can customize multiple ‘pages’ each with its own mix of data cells displaying what you’d like to see, and this can range from dozens of data cells to one big, single data cell. It’s up to the user and many computers make customization easy with included support apps.

How do GPS Cycling Computers mount to my bike?

Today’s crop of modern GPS Cycling computers include mounting hardware in the box which will clamp onto a standard 31.8 diameter handlebar, often with an adapter for other bar diameters. Most designs position the GPS cycling computer at the same height as the bars, but out in front of the bar so the screen is easily visible without taking up space or hand positions on your handlebars. Many companies offer a range of options via accessory mounts which can include stem top cap mounts, small diameter adjustable mounts for TT/triathlon bars, a variety of specialty 2-bolt options for integrated handlebar designs and others. Mountain bikers tend to prefer GPS computers mounted over-the-stem so their GPS cycling computers are protected from damage in the event of a crash. And GPS cycling computer mounts can add compatibility for your other devices with unique accessory mounts incorporating GoPro’s mounting interface, used for the company’s cameras along with many popular headlights.

Do cycling computers have cadence?

Most GPS cycling computers are compatible with cadence sensors. Cadence is the measurement of the rider’s rate of pedaling, displayed in revolutions per minute or RPM’s. For a GPS cycling computer to read cadence, it will need an additional sensor. Premium quality cycling power meters including all Stages models have built-in cadence that easily connects to most GPS cycling computers when power is paired. This is the easiest way to add cadence to your ride, but the most affordable is with an accessory cadence sensor which is a small Bluetooth/ANT+ transmitter that attaches to your bike near the crank to measure cadence and send that signal to your computer. Is cadence important for cycling? Some say yes, as riding at a higher RPM can reduce fatigue and lower the risk of certain injuries which can be caused by pushing hard gears at too low of an RPM. Cadence can help you get faster too, as many cycling coaches and training programs prescribe workouts with specific cadence targets in addition to heart rate or power targets.


What Smart Phone apps do GPS Cycling Computers work with?

GPS cycling computers can operate as standalone devices that report all your ride data during your ride, but that’s not all they do. They can also connect with a variety of smart phone apps, including support apps like the powerful and free  Stages Link app that make the initial configuration and setup a breeze. Many GPS computers including the Stages Dash offer easy and intuitive customization of user profiles, individual data screens and data fields, all from your phone. Some GPS computers and companion apps even allow you to get text messages and notifications from social media and email right on your cycling computer as you’re rolling down the road or trail - though it’s up to the rider to determine if that info is welcome during a ride or not. After your ride is completed you can review key ride data in detail and compare to previous rides. Some GPS computers and support apps offer management of maps and courses. Units like the Stages Dash can accept .FIT and .GPX files from a variety of map programs including Mapmyride.com and RidewithGPS.com among others, so you can import new ride routes and courses and get ride directions right on your handlebars. And while most GPS cycling computers do include some form of support app to add all these features, many also allow you to pass your ride file onto other 3rd party apps like Strava, TrainingPeaks and others that specialize in even more specific ride file analysis and management.